It has been a while since I have written of the happenings at the Bob Brown House and I have so much to share.  My dad said often that the church is people and I know he felt the same of this home that he built.  I’m sure, in fact, that helping people was his sole purpose.  We have two new residents at the BBH and their circumstances have weighed heavily on my mind and my heart.  Every day I am reminded of the value of our work by the number of phone calls we receive looking for housing but these two totally different people really touched me.  The first is a young blind girl from northern Kentucky.  Her parents sent me an email nearly every week for months while waiting for an apartment to become available at the BBH.  She had been to blind school for training.  She is intelligent, out-going and bossy.  But there was no place for her to live independently.  She was regressing at home and the entire family was frustrated and desperate.  The joy for all of them was immense when I made the call that we had a vacancy.  There were many tears on their first visit.  I am as happy as they are for her new found independence and her future at the BBH.

Another young man moved into the BBH about five years ago.  He was just moving out of his parent’s house.  He was very shy and even struggled to eat meals with all the other residents preferring to come after everyone else was done.   Over time he became more comfortable and the love and care of the BBH family brought him out of his shell.  Last month he announced to us that he was moving out and into his own apartment.  His mother sent me the most beautiful letter of gratitude for what we had done for him and for her.  She spoke of her fear at the beginning of letting him go and how we had been the perfect place to protect him and assure her.  Her words meant so much to me and I have read her letter several times.  We should all say thanks more often.

So another apartment was available.  Two within two months rarely happens at the BBH.  I started working on our waiting list.  For one reason or another no one on the list was ready at the moment but needed to wait for the next availability.  We received a call about a man that had only a few days to find a place before he became homeless.  He rode the Wheels bus to visit us.  He was tall with long red hair and dirty clothes.  He was very sweet and loved to talk.  He cried about his situation.  I cried about his situation.  I told him he could move in immediately.  He was supposed to have assistance with his move but that didn’t happen so we had to help.  It was then we found out that he had been living in a building that was condemned.  His apartment was worse than nasty and so infested with roaches that we would not allow him to bring anything with him.  I do not consider myself naïve but I am still in shock that people in my town live in this sort of filth and that others take advantage of their challenges and take their money.  He was paying a lot of rent.  I know he was two days from being homeless.  I know there are others like him in my town.

These people and their stories encourage me to continue the work that my dad started so many years ago.  We continue to work on the grant money that will allow us to add on to our existing location.  The mayor and the city council are considering our project at this very time.  We are anxious but remain hopeful that by next year we will be breaking ground on 24 additional units on Rogers Road.  The anticipation has also grown for a new work and location in Clark County.  After several meetings with the zoning commission about a rural piece of property, the mayor of Winchester received word of our intent and has two buildings he wants us to consider.  We have received much support and I continue to meet with those who can help us proceed with this project.  It is exciting to know we can help more people in need find a home and a family.

Sometimes the stress of the work is overwhelming.  Just in the last month the commercial refrigerator we use broke down and could not be repaired.  The replacement was $2500.  The commercial freezer stopped freezing but it was repaired.  The dishwasher just quit so we are washing by hand until we can raise the money for a new one.  We were hoping the appliances would last until we received the grant money to start building the new units which includes a new kitchen but that was not to be.  It is difficult with our budget to cover these expenses.  The Bob Brown House budget is $110,000.  People are always shocked when they hear that amount.  I was even more shocked when I was in a meeting with another local non-profit and they announced their budget was $1.3 million.  From our budget we feed and care for 14 adults, maintain our building, pay our staff and taxes and insurance and utilities. It is always a struggle but always worth it.

The Bob Brown House asks for your help in making a home for folks who have nowhere else to go.  There are many ways for you to get involved.  We have volunteer groups that come to our place and serve.  We have groups that collect food, paper products, cleaning supplies and bring them to us.  There are volunteers that cook meals and bring them or who come to us and throw a party.  There are organizations that have fundraising events and give the proceeds to us.  There are individuals who send a check to us every month.  Any donation at any time is needed.  And you can be assured your donation is going directly to the operations of the Bob Brown House.  I appreciate your support and your prayers as we look forward to future at the Bob Brown House. 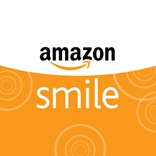 Please help the Bob Brown House when you are shopping at Amazon. Follow the link to Amazon Smile every time you shop and they will donate a percentage of your purchase directly to us. Thanks for your support. Please share.